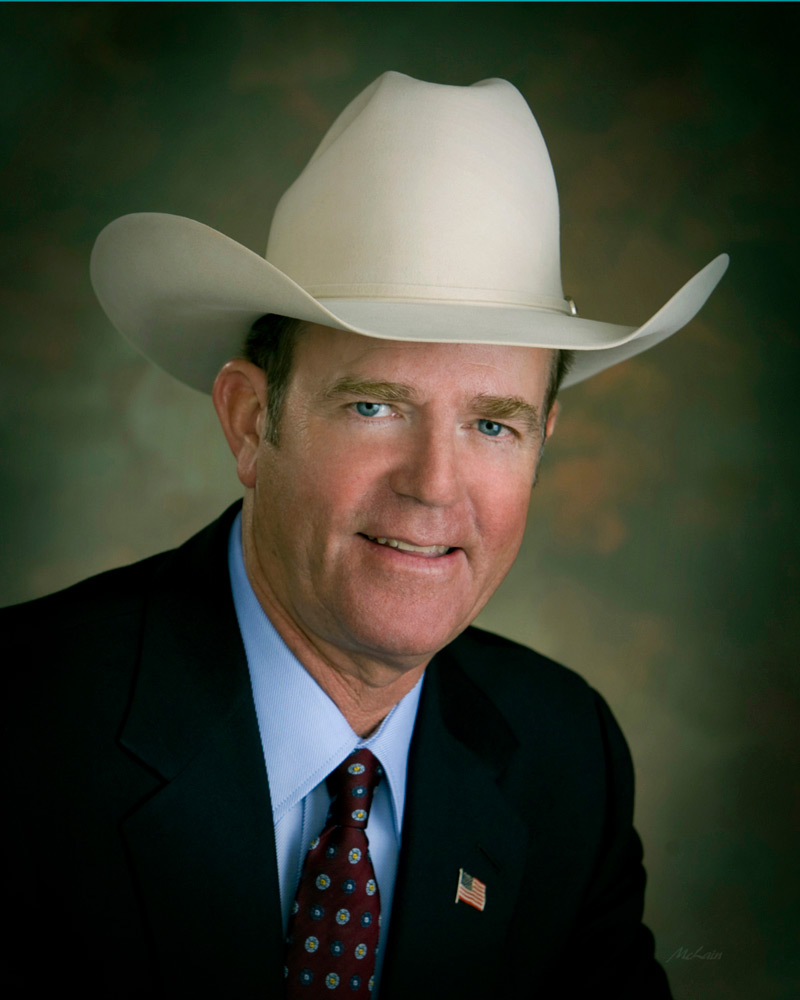 Pete Clark is Corporate President and Real Estate Broker, licensed in the states of California and Nevada, directing the real property operation for Clark Company, a family-held California corporation. In addition to real estate brokerage, he oversees and manages numerous ranches, including the Clark Family ranches in San Luis Obispo County, all of which he is eminently qualified for, both by virtue of his heritage and his own expertise, shaped in the forge of personal experience.

Pete has won several All Around Cowboy Awards and continues to actively compete in team roping. He is a member of the PRCA and the USTRC. One of the highlights of his roping career was being invited to compete in the PRCA Presidential Rodeo in Washington, D.C., in 1983. In 1999, he won the Team Penning Championship at the California Rodeo at Salinas, one of the oldest the most prestigious rodeos in the United States.